10 Signs He’s Flirting With You (& Not Just Being Polite)

Let’s face it. Gay guys flirt all the time with each other. So much so we’ve gotten to a point where we don’t know we’re doing it. You see a guy at the farmer’s market, you make eye contact, you think he’s flirting until his wife and children come up behind him – was he flirting or just being nice? The difference can be so blurred. Here are a few ways to know the difference:

While you might think touching your face or hair is a normal tick people do, pay closer attention. A man who’s being polite won’t be as nervous as someone who’s trying to impress you. Ticks like these are implications that a person is nervous – why would a man be nervous when he’s just trying to be nice? Constant touching of the hair is a sign he’s trying to hide something he doesn’t want you to see or notice.

A scan up and down the body isn’t a gesture of politeness. He’s checking out the goods, and there’s a high likely chance he wants you to know it. A man who’s trying to be sly will be sure he does it on the DL, but if you glance his way and you notice his eyes pop away from staring at the curve of your bicep, any word he utters after that will definitely be related to the fantasy he just created in his mind.

#3) He Compliments Your Flaws.

When a man compliments something you’ve been told (either by yourself or by others) is a flaw, he’s seeing more than just the physical. He’s admiring everything about you. “That birthmark is so adorable,” “Your have such cute dimples. From now on, I’m calling you dimples.” To point out such a particular thing rather than something totally general is an effort; he’s totally trying to get your attention.

There’s a difference between a man who leans in to pick something off the ground and a man who leans in to try and get a whiff of your cologne, or to “accidentally” brush your thigh. He leans in like a predator, waiting for you to respond. He’ll take a hint from whatever you give him – if you react positively, he’ll continue to flirt; if you show him any kind of reluctance, he’ll probably back away slowly.

#5) He Asks Personal Questions, Instead of Generalized Ones.

A polite man considers the atmosphere and tries to make your experience more comfortable: “Such a great party, right? You good on your drink?” “The night is young. How long have you been here?” But a man who is flirting is probably going to ask questions that are personalized for you: “What do you do?” “Who are your friends?” “Are you always this honest?” “How long have you lived here?” “Where are you from originally?” When a man is interested in you, he’s more willing to share and converse, but more so, he’s unafraid to ask questions concerning you and your opinions.

When a man’s body is closed and folded in a corner, or is facing the other side and he’s just talking to you with a turned head, you can probably bet he’s not as interested as you think. When his body is directly facing you, it’s as if you’re the only person in the room he’s interested in – that’s because you are. Pay attention to the feet (are they pointed to you?). Look at his chest (is it facing yours?). Notice the arms and legs (are they open and relaxed?).

Studies have shown that when a man starts to mimic your behavior, he’s unconsciously trying to impress you. He engages in similar behavior when he wants to be on your good side, i.e. sipping a drink when you do, checking his phone when you do, looking at the menu when you do, crossing his legs at the same time. These are ticks that human psychology discovered long ago to be a sign of affection.

A man with nothing to lose has no qualms about seeing inside your soul, but a man who really wants to see you will look in your eyes for longer than a stranger would. Notice if he pulls away or if he stays transfixed. Direct eye contact can mean one of two things: interest or hostility. A man who holds eye contact for an awkwardly long time is probably enjoying feeling like he’s intimidating you, but a man who catches your eyes, then breaks, then catches your eyes shortly thereafter is probably interested. If he doesn’t catch it again, he’s not.

#9) He Eagerly Awaits Your Responses.

When you’re in a conversation, you know a man isn’t interested when he is not attentive. He lacks the will to try and hear your side of the topic or would rather be getting the attention of the man behind you. A guy who is genuinely trying to flirt with you is all about hearing your opinions, enthusiastically. He awaits your response to see if there is any dead air. If there isn’t, he sees it as a sign that you’re interested too, and he’ll continue to play his moves.

#10) He Recommends Things and/or Gives Advice.

When a man starts recommending things, i.e. drinks or places or advice on how to judge the best grapefruits in the produce aisle (should you happen to be in a grocery store), it’s clear he wants the conversation to continue rather than deplete. He’s trying to hold your interest for as long as he might have it.

This article was originally published on gayguys.com. Read the original article. 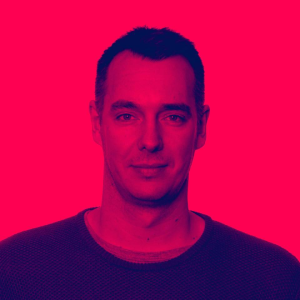 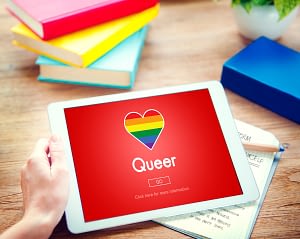 Diet & Exercise Tips for a 30 Something Gay Man

Interior Design for Gay Couples – 5 Essentials for an Authentic Home