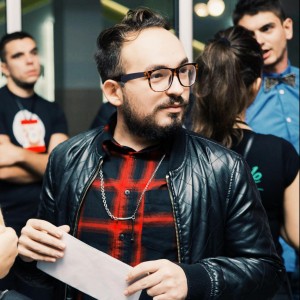 5 Aussie Cities Every Gay Kiwi Should Visit at Least Once

New Zealand is definitely one of the most beautiful places in the world, but you already know that. This is one of the reasons why it’s also quite a popular tourist destination, so who should we thank? Perhaps Peter Jackson? However pretty as it may be, Kiwis love traveling around the world and exploring other places that will get very close to the beauty of New Zealand. Kiwi gays, on the other hand, love traveling around the world trying to find the next best gay destination. So, what about Australia? Take a look at these five great destinations that every Kiwi gay should visit at least once in their lifetime:

Even though it’s not the actual capital of the country, Melbourne is often referred to as Australia’s cultural capital. This amazing city draws all its culture and life from Europe – starting with architecture, fashion, food, clubs and cafes, which basically means that it’s a must visit for any gay guy. It’s also extremely gay-friendly, so you will have no difficulties finding a nice gay-friendly coffee place to have your afternoon cup of coffee and then continuing with several cocktails or pints of beer. Apart from the regular gay life that you can lead in Melbourne, you can also find queer bookstores, which is amazing if you’re a gay bookworm.

Moving on to another city that’s a great gay destination – the almighty Sydney. This might sound like a cliché option (everyone who comes to Australia visits Sydney), but it might serve as a total refreshment from the calmness and the greenery of New Zealand. Sydney is a place that caters for everyone’s needs – there’s no doubt about that. Since the city center might be a bit hectic and you’re probably used to some tranquility, the best option would be to opt for accommodation that’s a bit further away from the hustle and bustle. For instance, you can go for Maroubra accommodation that’s not only pretty, but quite interesting and different as well (with jackpots and happy hours). However, it’s Sydney you want to explore, so once there, make sure to hit the popular gay city beaches that are at North Bondi and Tamarama. You will most certainly love them.

If you happen to be very close to Melbourne and want to do a small detour, there is an amazing place located just under two hours north of it. It’s called Daylesford (also affectionately known as Gaylesford), a Swiss-Italian-founded town that’s surprisingly cosmopolitan, with many beautiful lakes and amazing springs. So, it’s definitely what you might want to see in Australia if you want to feel like home. There are many gay-friendly guesthouses where you can book your accommodation, and if you happen to be there on the first weekend of March, you will encounter the ChillOut festival, Australia’s largest queer festival, which is basically Mardi Gras’ cousin!

Even though it’s not such a popular touristic destination (yet!), Tasmania is the place you should go if you’re up for some beauty, excitement and gay time. Tasmania was the last Australian state to pass the gay law reform in 1997, and today it hosts a small yet very cosy and visible gay scene. It’s not very big on gay parties, but if you want some small gay holiday where you will be able to be yourself and also enjoy your surroundings, Tasmania is for you.

Last but certainly not least, let’s talk about Australia’s fourth largest city. If you happen to go there in October or November, you can be a part of the Perth Pride Festival, a very popular and successful gay pride parade. Apart from that, you will definitely enjoy Perth. The gay scene is very lively, there are plenty of gay-friendly places where you can spend your time, and you can also experience the city itself. And it’s definitely a great city, with impressive skyscrapers on the one side, and very old yet amazingly beautiful old buildings on the other.

You convinced yet? Anywhere you go in Australia, you will have the time of your life. It’s definitely a country with so many different things to offer, and the gay culture is no different. Get in touch with the local gays – they are very friendly and will definitely give you some pointers. But promise to invite them to New Zealand – Aussies love traveling to green countries!

Amazing Holiday Gift Ideas for Queer People in Your Life

We all know how difficult buying a present for a girl is. Of course, not every girl is the same, but the

Proud Centres – bringing moments of Pride to your community

With Pride Festival 2020 looming, Auckland Council’s Proud Centres are calling for the community to come up with family friendly ideas for

A few months ago my boyfriend and I were on the verge of breaking up.  We’ve been together for 3 years and