A few months ago my boyfriend and I were on the verge of breaking up.  We’ve been together for 3 years and the last year or so our relationship started to become really toxic.

I think the turning point was when we moved into West Hollywood close to all the bars and clubs.   We had always gone out one or two nights a week, but being so close to everything we found ourselves going out for a drink most night of the week.   And the times we didn’t go out friends would come over and we’d drink and watch TV.

Every night fighting about non-sense seemed to be a daily routine.   After drinking a few vodka tonics suddenly we’d both turn into these alpha type males that had pissing matches over EVERYTHING.   I mean, if we didn’t agree with who should win Rupaul’s Dragrace we would get into it.  If one of us left a towel on the floor it was a personal attack on the other.   Jealously became an emotion that couldn’t be tamed and was used as a weapon to hurt one another.

Our once happy relationship slowly turned into this dark situation that we were both trapped in.   Yea, we loved each other, ALOT, but that was the last thing we were thinking about.

Waking up in the morning was torturous.  The guilt of things I said the night before and the hurt from the things he said consumed every ounce of energy I had.  It wasn’t hard to tell he felt the same way.  Yet, we continued on this pattern to the point where we had to break up.

This wouldn’t be an easy task since our lives had been combined pretty much since the first day we met.   We had to take a couple weeks of just figuring stuff out.  We didn’t go out.  We didn’t invite people over and we just stayed home packing, looking for apartments etc.

By the time the week was over things had drastically changed in the apartment.  A connection that hadn’t been around in forever started coming back.  We would laugh about fun times we shared that we somehow forgot about.

I felt happy and in love every time we were together.  It was so weird how the week before we pretty much hated each other.  We decided to give it more time and see if we could keep things going.   All those shitty nights we spent arguing over nothing and calling each other horrible names, had just left our minds.

We both realized that it was the alcohol that was ruining out relationships.  For whatever reason drinking turned us into a-holes that didn’t have any respect for one another.

Cutting the alcohol really saved our relationship.   Yes, we still get in arguments like everyone else but we handle it in a completely different way.  There’s no more name calling or saying regretful things.

It’s been tough transitioning out of our partying lifestyle but so far its been worth it.  At some point I’m sure we’ll be going out a few nights a month, but right now we’re just focusing on ourselves.

Thanks for letting me share this story, and hopefully it will help someone else’s relationship. 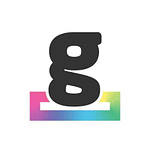 A Gay Couples Guide to Moving and Living in Australia